Leadership is hard. You may have to shift people’s mindsets. Lead change. Motivate staff to raise their performance. Steer a group of opinionated direct reports. Assert yourself with powerful peers. Or handle stakeholders with conflicting perspectives. The pressure doesn’t let up.

That’s why leadership roles have a knack of exposing your greatest doubts about yourself.

Everyone has them. You might feel you lack leadership presence. Or carry a fear of failure, which you’ll rarely admit to, even in private. Or a nagging dread of conflict. For some, these doubts show as anxiety. For others, as
non-assertiveness, uncommunicativeness, avoidance or a tendency to micro-manage

Perhaps these issues resonate with you.

How do you get beyond them and perform better under pressure, especially when leading change, while enjoying what you’re doing? Most people struggle with this and end up feeling stuck.

If you stay stuck, the impact on your leadership and effect on your organisation can be serious. You may see worsening employee engagement, causing productivity and innovation to fall. Strategy execution may slip and financial results can eventually slide. Talented people then start to leave.

And that’s when you’ll feel the pressure even more.

Why These Problems Have Become More Urgent

We know from large-scale surveys that engaged employees account for only 13% of the workforce. Disengaged, hostile people are roughly double that number. The rest (just under two-thirds) don’t much care. Other surveys also reveal that no more than 20% of employees think their top leaders are competent, honest and ethical. 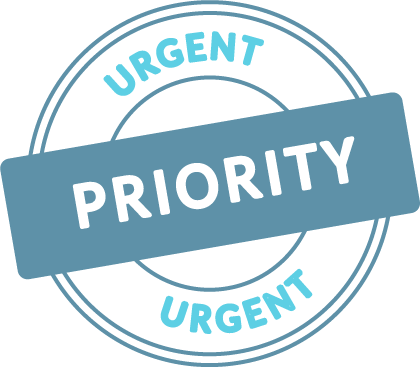 This means today’s leaders have to change. They have to grow.

If you’re thinking this is serious, you’re right. But the problem is getting more urgent.

That’s because we also know that Millennials – people born between 1982 and 2002 – will be 50% of the workforce by 2020. They want leaders that offer greater involvement, give useful feedback and provide roles bringing a sense of meaning to their work. If they don’t get this, they leave companies faster than previous generations. And that means your results will suffer.

Where You Are Now... And Where You Could Be

You can compare your growth as a leader to the challenge of climbing a narrow, often ill-defined, mountain path. After rising steadily from the base camp, imagine you come to a plateau. But now, although you can see the summit, you can’t see the trail towards it because it’s shrouded in fog. You’re stuck.

I use this metaphor because few leaders realise that their problems stem from being stuck on the “leaders plateau”. However, you can move beyond it with the right help. 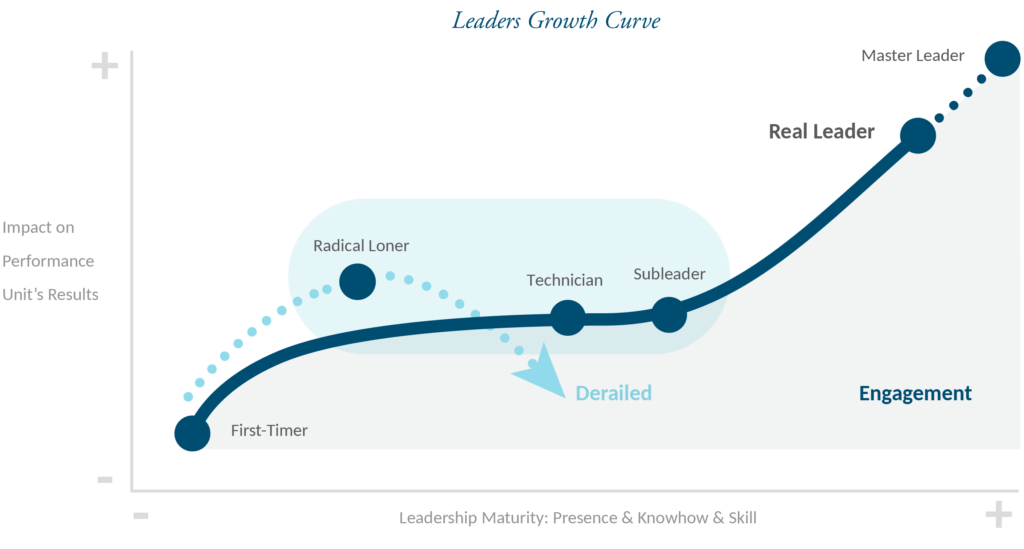 You’ll see this plateau illustrated in the Leaders Growth Curve diagram. When you’re a beginner you’re at the First-Timer position. From here, as your skill grew, your impact on your team, department or organisation’s results probably rose quickly. But without realising it, you probably found your growth and impact stopped rising at the same rate or even stalled. If so, you are in one of the three plateau positions: Radical Loner, Technician or Subleader.

Although these three positions differ in leadership maturity, they are just different ways of getting stuck on the plateau. This “stuckness” affects pretty much all leaders at some point, including CEOs, and perhaps you. You may feel you’re not getting the engagement, change, influence and results you want … and you’re frustrated or worried. You’ve seen the summit as represented by the Master Leader position (think Nelson Mandela and other great leaders), but it doesn’t seem realistic or achievable for you. Until now, you hadn’t realised you can ascend to a much higher, more satisfying, yet realistic position on the curve – Real Leader – because it was hidden by the fog.

Real Leaders have presence, resilience and skill in engaging with teams and organisations under pressure … and they feel more fulfilled. They get better results because studies show that the more employees are engaged, the better the margins, sales growth, customer service and innovation. 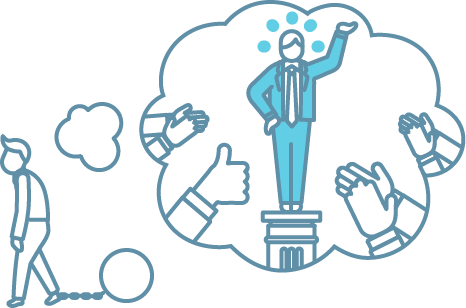 If you’ve recognised this “stuck” feeling then, like other leaders, you may have seen training as the solution. But you probably found it didn’t work – most people see minimal change in themselves after they return from leadership programmes.

You may have tried coaching instead. But often that too makes little difference and you may have complained afterwards that, “It felt too much like counselling” or “I was rarely challenged”.

Why don’t these approaches work? Usually because they don’t address your real problems – problems you’re unaware of until they are described to you. Then you have an “aha” moment.

There are two main unrecognised problems: the way you see yourself (your beliefs about your qualities, flaws and potential) and the way you see “leadership” and being “the leader”. They cause your unspoken fears and the unhelpful habits holding back your leadership skill and personal impact. These habits make it harder to engage others and perform under pressure.

Training and most coaching simply doesn’t touch people’s beliefs about their qualities and flaws; nor the unhelpful thinking and behavioural habits that spring from them. And most educators don’t realise that unhelpful beliefs around leadership and being the leader cause serious problems. That’s why traditional methods rarely make enough of a difference.

I draw on my experience as a CEO, my psychological training and the ideas in my book, The Three Levels of Leadership, to offer a confidential, measurable coaching process for people who are serious about growing themselves as leaders. If you open your mind to new insights and practise my proven new habit-building techniques, you can reach the Real Leader position on the growth curve. 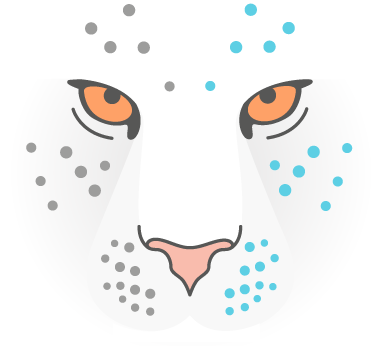 The way I work is different in that it’s systematic and inside-out. “Systematic” because each session builds on the previous one – they aren’t a series of random events. “Inside-out” because it’s a step-by-step process that first releases your subtle limiting beliefs and then replaces your unhelpful executive habits using tools I’ve developed.

You could compare my approach to a sculptor chipping away at a block of marble. It’s more about helping you chisel away your old unhelpful beliefs than adding new skills. Only after you’ve let go of these beliefs will you practise new habits. Yes, it takes effort, but you’ll prove to yourself that leopards really can change their spots.

Evidence That It Works

Results show that my clients achieve measurable shifts in their mental state and behavioural skill under pressure. These gains benefit them and their organisations.

By the end, you’ll typically display greater presence, skill and behavioural flexibility, even under pressure, meaning you’ll move up the Growth Curve towards the Real Leader position. You can now lead and connect with greater gravitas, poise and resilience. Not only that, you’ll usually enjoy your job more. Your firm should see higher engagement and superior results.

Here are two typical examples of before-and- after coaching profiles. Note the remarkable shift in both profiles, represented by the difference between the light blue bars (before coaching) and dark bars (after coaching).

Both clients scored themselves on 32 mental and behavioural qualities under pressure. The light blue bars in both diagrams show a mix of positive and negative scores before the coaching, meaning both clients recognised weaknesses. After the coaching, as the dark bars show, both clients had removed all of their negatives. The second client also boosted most of his strengths. To make sure they weren’t kidding themselves, we interviewed the clients’ colleagues before and after the coaching assignments. In both cases, the observers’ comments backed up the clients’ own ratings.

Jack (not his real name) ran a manufacturing plant with 250 employees. Everyone knew he had talent. He got things done and always hit his targets. The trouble is, he didn’t connect with people.

A 360° survey showed that others saw him as uninspiring, unapproachable, uncaring and uninterested in their welfare. His peers didn’t trust him – they felt he was only interested in one person: himself. (He was in the Radical Loner position on the Leaders Growth Curve.) He was good, but the company knew his self-centredness and lack of empathy would cause his best people to rebel or leave the business. So they asked me to help. Jack was shocked when he saw the 360° survey results. He told me, “It was horrible. Humiliating. I couldn’t sleep properly for three days.”

He worked with me for thirteen months. Jack unearthed an intense fear of failure based on a deeper belief that he “wasn’t good enough”, which made him self-centred and over-controlling. He also believed that people weren’t interested in talking to him unless he had a work-related reason for approaching them. So he avoided talking to people in his workforce he didn’t know well, which was most of them. But this meant he wasn’t getting the engagement he wanted.

Gradually, as we worked together, his attitude and behaviour changed. His old negative beliefs melted and he began practising new habits. Then we repeated the 360° survey. There was a turnaround in the way people viewed him, as you see in the graph below.

Now they saw him as visible, inspiring, better at handling conflict, approachable and caring. His peers saw him differently too – now they trusted him. And he was still great at getting results – his latest initiative added $1 million to profits, bringing him global recognition within the company.

It has three aims. One, to help you refine your vision for your business or department. Two, to help you discern more clearly the challenges you’ll face if you’re to realise that vision. Three, to help you see what you need to get better at.